I recently addressed the long outstanding issue of The Ghost’s corroded battery tray and dying group 8D battery. The original battery holder was rusted and since it interfered with my black water tank outlet, I had hacked on it heavily to make things work. Two burning-mans later, I decided it was time to properly build a tray to hold some new batteries!

The trickiest bit is that not only must the tray hold the batteries, they must also be removable AND allow for the plumbing to route around them (grey water from fore, black water from aft). Having the hose connection behind this door saves having to cut another door or having plumbing hanging down dangerously low on the chassis to snag on stuff. Originally The Ghost had two group 8D batteries to support the stop/go driving…numerous incandescent lights…and electrics for the door controls/starter/etc. Now that the load is lightened and space is premium, I decided to install two new group 4D batteries that I acquired cheaply (they were blemished and repaired). I normally would prefer one larger battery over paralleled dual batteries but the space only allows for maximally two 4D.

With the old battery carrier removed (held in by bailing wire), I drafted up an idea in my head, purchased a 20ft stick of 1/4″ 2″ steel angle iron and set out to building the tray. 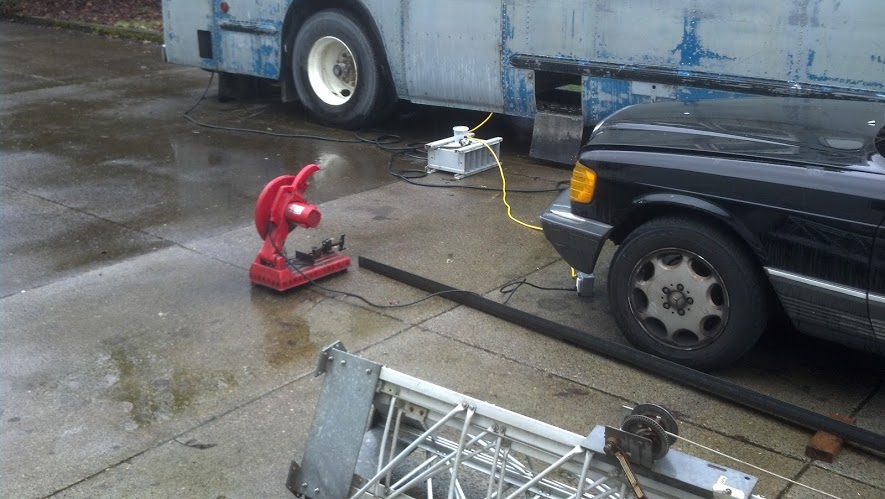 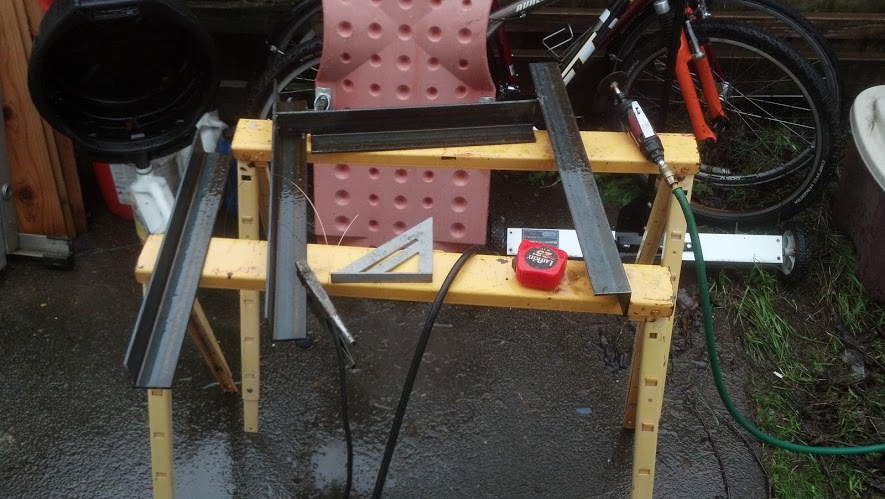 After much cutting/tacking/getting wet and shocking myself, I finally had something tacked together ready for final welding (and it fit like a glove between the frame rails and cleared the sewage tank fitting nicely). Bottom views: 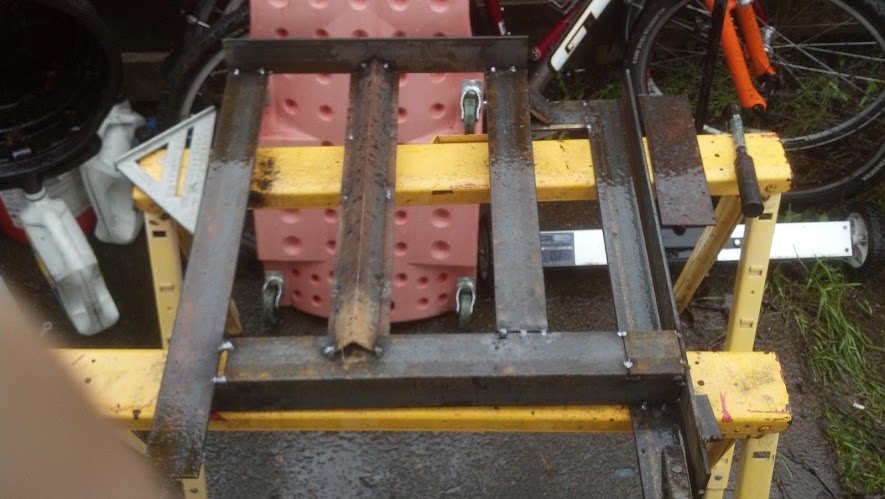 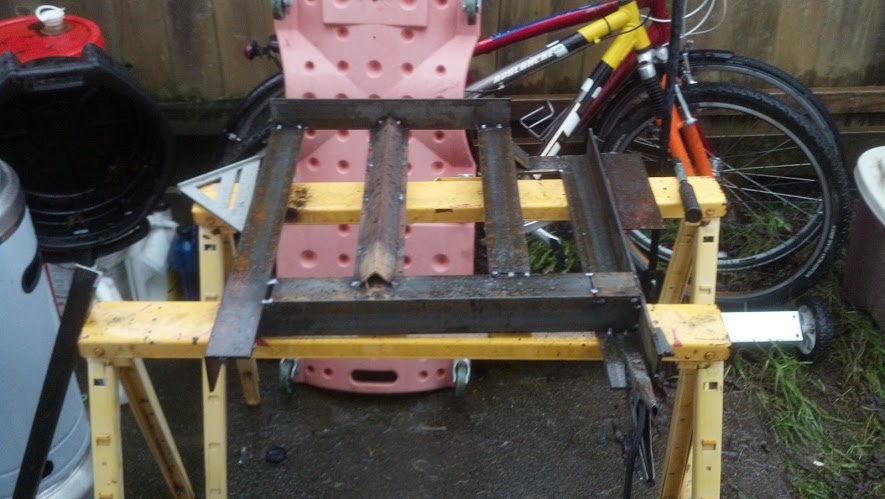 Once everything was welded up and checked for fitment, I blew on some rustoleum brown primer paint and drilled the various holes for mounting. I used fine thread 1/2 stainless bolts/nuts/washers/lockwashers to make sure things didn’t move. In once place I had to use a small spacer to make up the gap difference but in the end it was a perfect fit. On the last hole I killed my Milwaukie 1/2 drill bit (sheared it off laterally) in the frame of The Ghost. THICK STUFF! 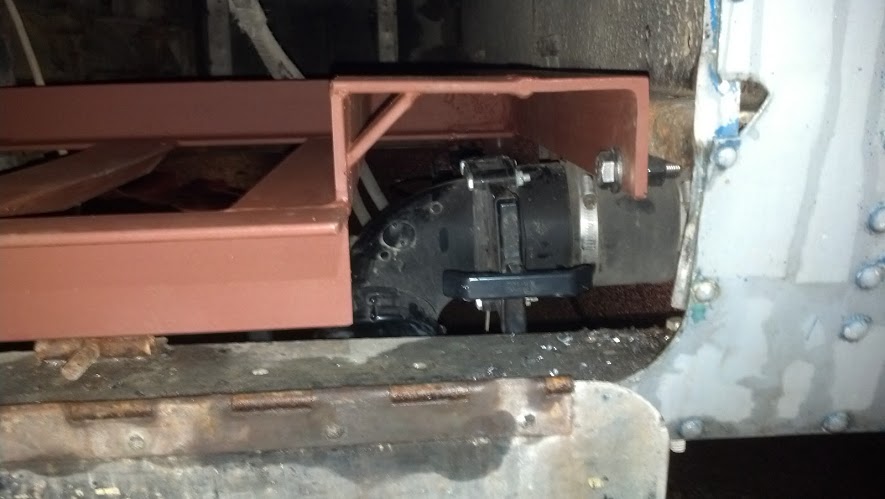 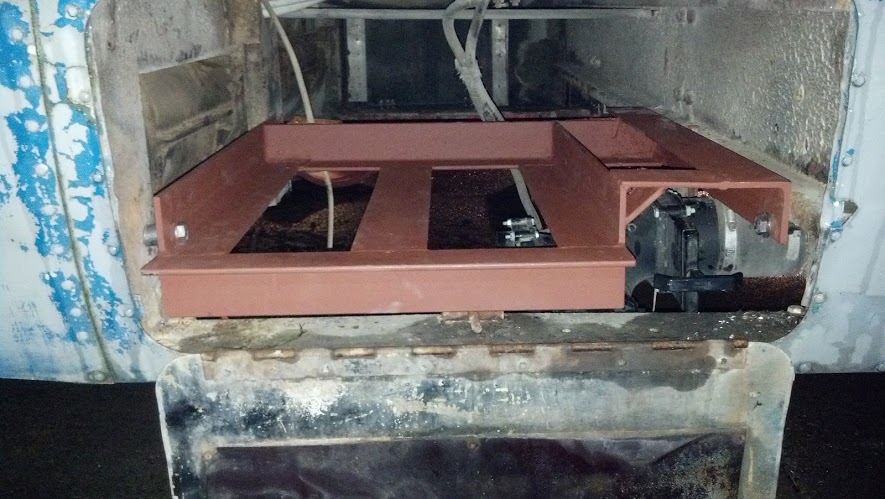 Now it was time to upgrade the battery cables, install some rubber mat, and test fit the batteries/etc. 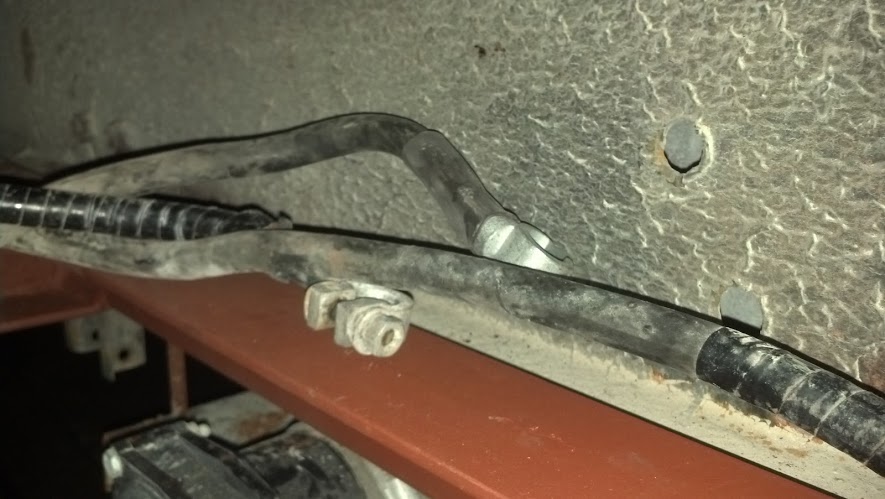 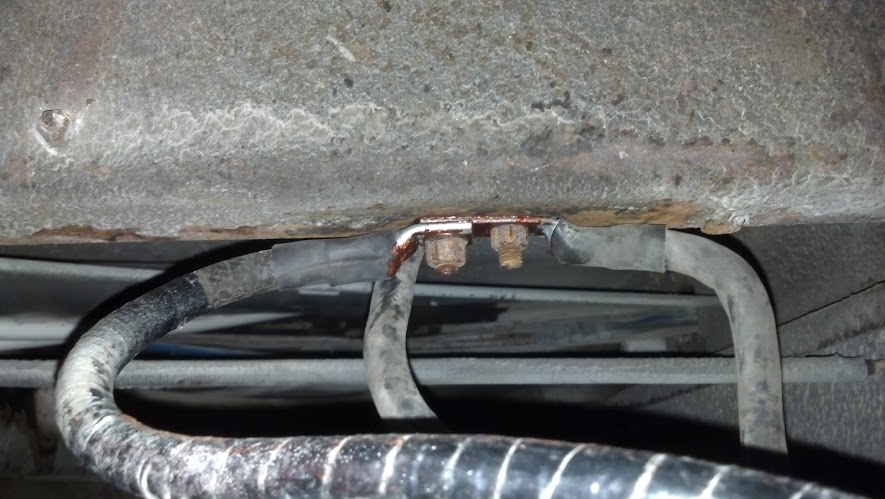 Once all the cables were clean/coated with copper shield/tightened I was ready for the batteries. 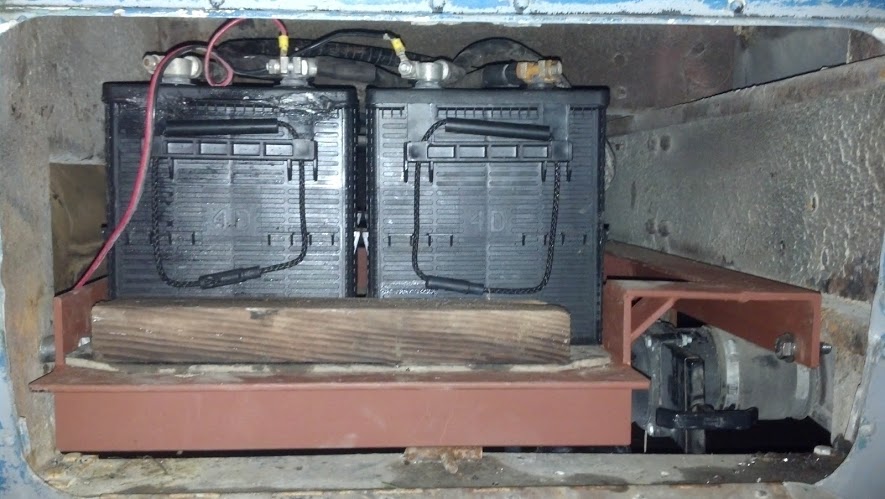 I obviously need to finish the final securing method to keep the batteries in their tray but the 2×4 is doing the job nicely for now. The temporary red/black duplex wire on the left is the connection to the float charger/house electricals to keep things fresh for solid starting. In the above photo you can see that the batteries are high enough to allow for the 1.5″ grey water plumbing to run under them and across to the front of the coach where the grey water tank will be. The angle piece of the front is simply for structural support and gives me a nice place to mount my battery restraint.

Check back soon for more updates! Thanks for stopping by!