I decided to spend this Easter Sunday removing the limited operation damaged VS2-8 from The Ghost to investigate the issue behind loosing overdrive (see earlier posts). The bus still ran and drove, but didn’t shift into that awesome gear when fuel MPG surpasses 10 and the engine purrs rather than screams. Below is what I found.

Here is a simple shot of the transmission removed, studs still doing their job just as I installed them some 8-9 months ago. 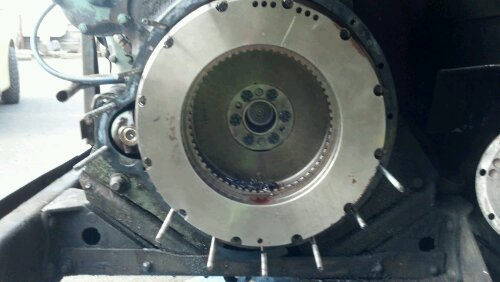 Here is the first thing I found after removing the transmission. That is mostly steel, some brass. 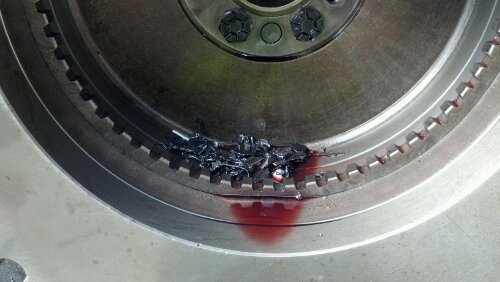 After spending some time removing the planetary (pictures below) and other associated clutch components, I was finally down to the input shaft (which carries lubrication). It is scored, but not terribly. Not sure if a series of loose bushings is to blame for bad lubrication…but something failed. Big time. The three holes are where the lubrication oil comes out to keep things happy. The hollow cylinder in the center of the gear is the piston itself that engages O/D or direct drive. 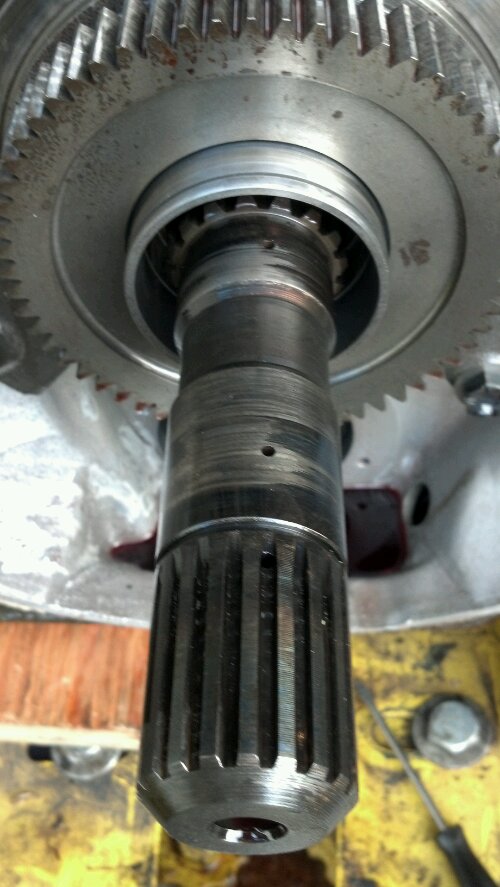 Now for the juicy photos. This is the planetary that I removed from the transmission that we drove (post failure) from Kalamath Falls, OR; to Gerlach, NV; and back home to Portland, OR. The planetary gears (three) are unrecognizable and one has been torn open and flattened out. One other was significantly damaged in a similar fashion, and the third was so hogged out internally that it flopped on it shaft pin. Also a bushing was smoked off. 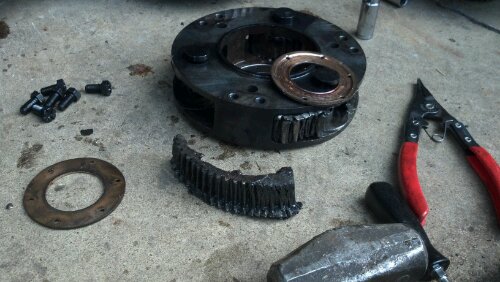 Here is an example of what the gear should look like, next to the most impressively damaged one. Excuse the styrofoam peanuts in the example gear. 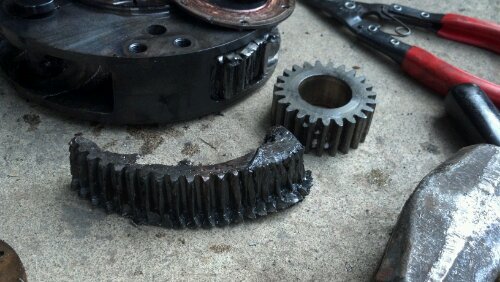 Here is a photo of the associated sun gear (center of the planetary setup for overdrive). As you can see, it received some significant TORQUE at one point in it’s operation. Significant failure here, those teeth are supposed to be straight, not sloped. 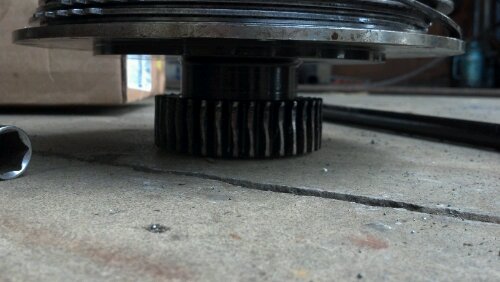 FORTUNATELY, these parts appear unharmed (seals coming in the mail to further inspect any issues inside here. This is mainly a large cast piece (fixed) and internally the piston setup for the O/D clutch pack. I never doubted this was working (and judging by the internal hogging of those planetary gears, I’d say that sun gear was doing just fine tearing up a clear path for it to spin or stop as it desired. 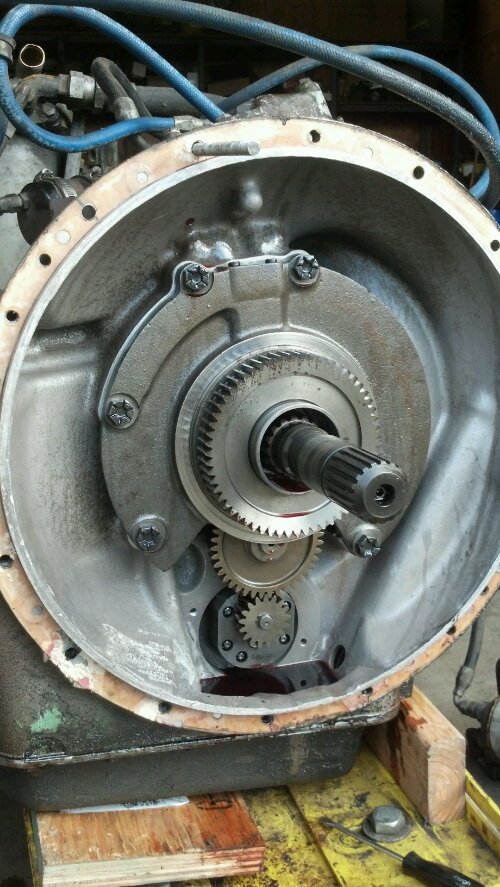 The basic summary here is that SOMETHING caused the planetary/sun gear setup to take itself out. We suspect inadequate lube oil or poor lube quality. This could be caused by a myriad of issues, but highest on my list so far is an overfull condition causing frothing of the oil, which caused shear issues within this housing.

It appears no metal passed through the pump (as the rest of the transmission kept working) and the exceptional number and size of filters on this transmission kept us going down the road without taking the rest of it out. I definitely need to drop the pan and inspect for any and all metal gear chunks that made their way down there. Also on the list is to figure out if actual lack of lubrication was the culprit and if so, how to modify that shaft/pinhole setup to aid in proper lubrication so this won’t happen again.

A very awesome fellow (Bill from Canada) graciously sent me some (if not all) of the hard iron parts that I need to fix this situation. That saves me having to purchase a $500-1000 transmission just to steal the O/D setup off of. These parts, with some new wear components (seals/bushings) should have me off and running again in no time. I intend to remove the end housing off the engine (which involves removing the air compressor, starter, generator, oil pan, and some other tidbits) so that I can check to see where the timing is set. Other than the front cover area (which is much less complicated), I have had this entire engine basically apart after this adventure.. At least the oil leaks are starting to disappear.

Feel free to comment on the carnage photos. I also have a time-lapse of some of the removal process from my Go-Pro that I need to format into video form. Mostly just downloading brain knowledge here while it is fresh.