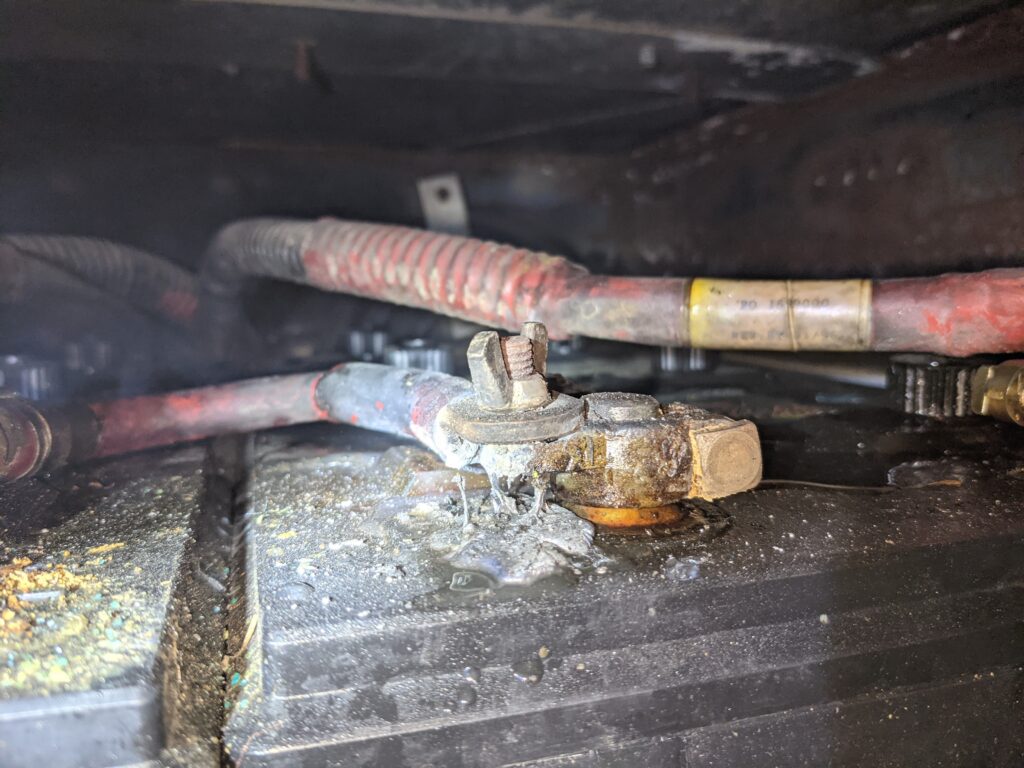 Well, quick post to update what I found causing the earlier mentioned coolant leak in the heating circuit.

It appears that a rather tight bend in the heater hose turned into a fold at some point (though still flowing water) and the brass-tube inserted inside (where connected up to the 12V Aux Pump) sawed through the hose and produced a TINY LITTLE CUT. 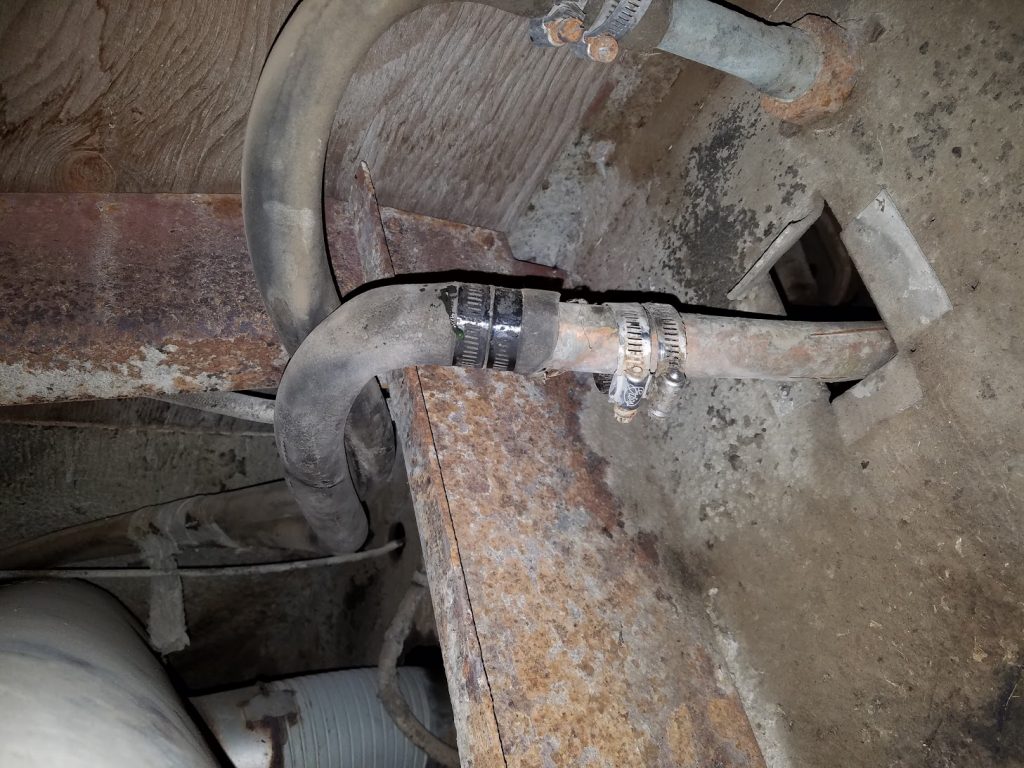 A fairly easy repair all in all. Drop the muffler, cut off the bad section of hose, re-route and push back onto the pipe and clamp down. Appeared to be okay for this last trip, but a LOT of extra zip-ties helped the situation.

I can still taste the coolant…. 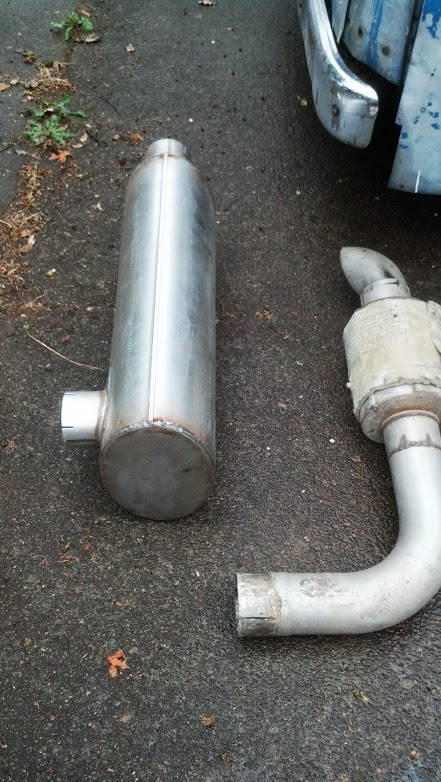 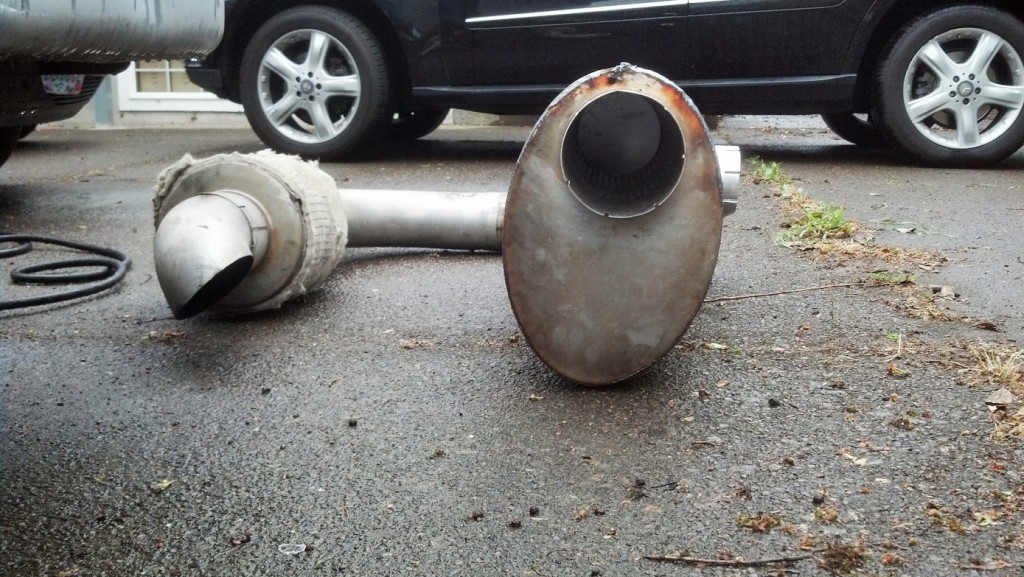 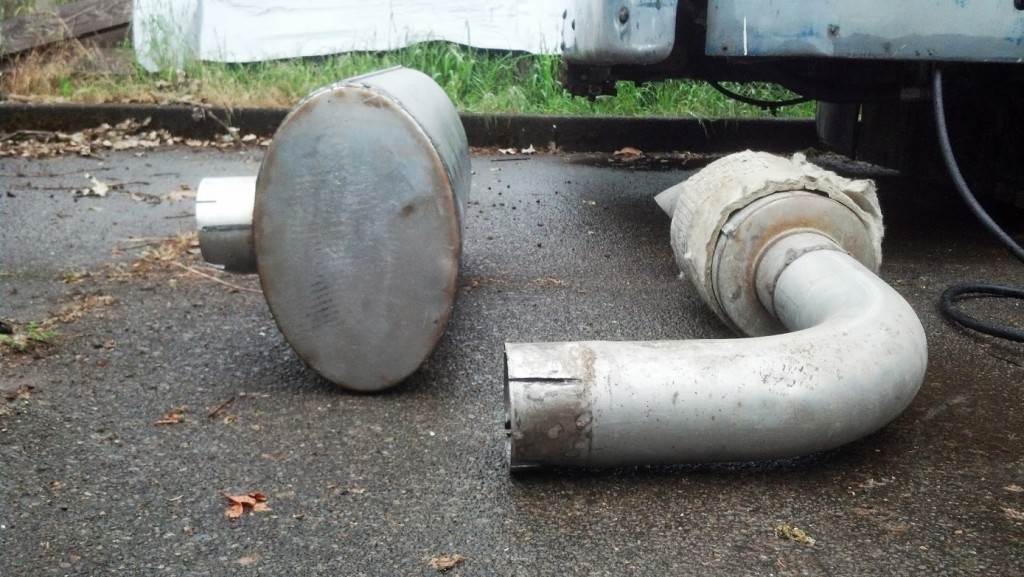 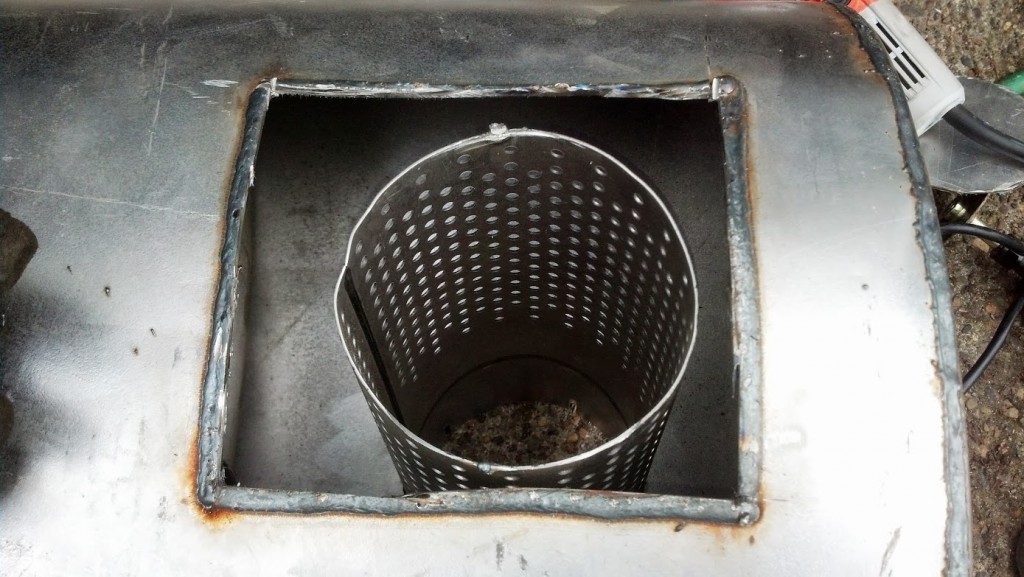 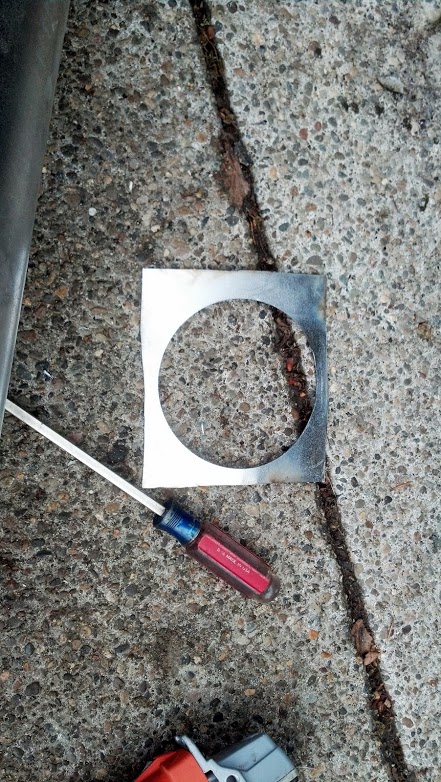 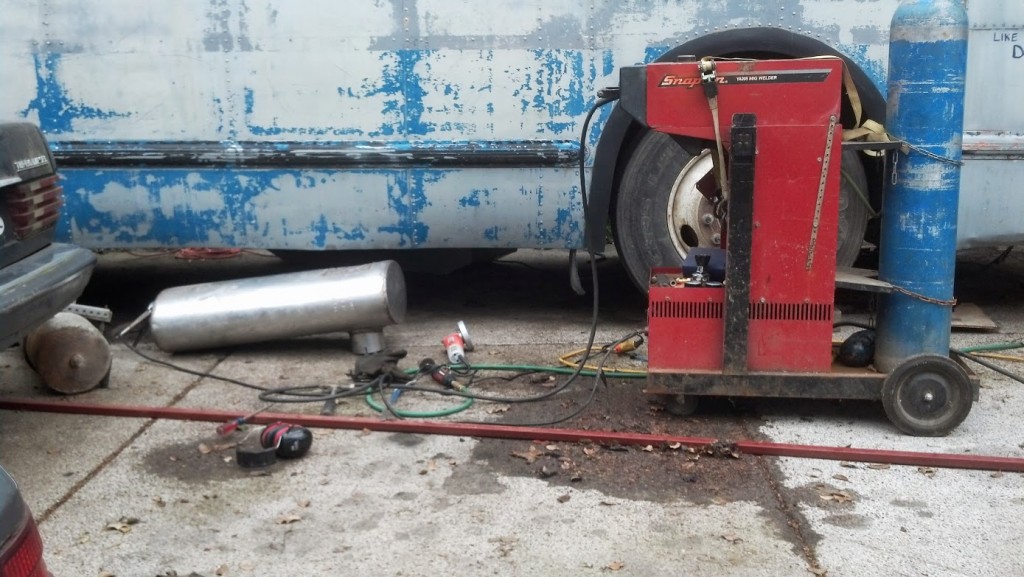 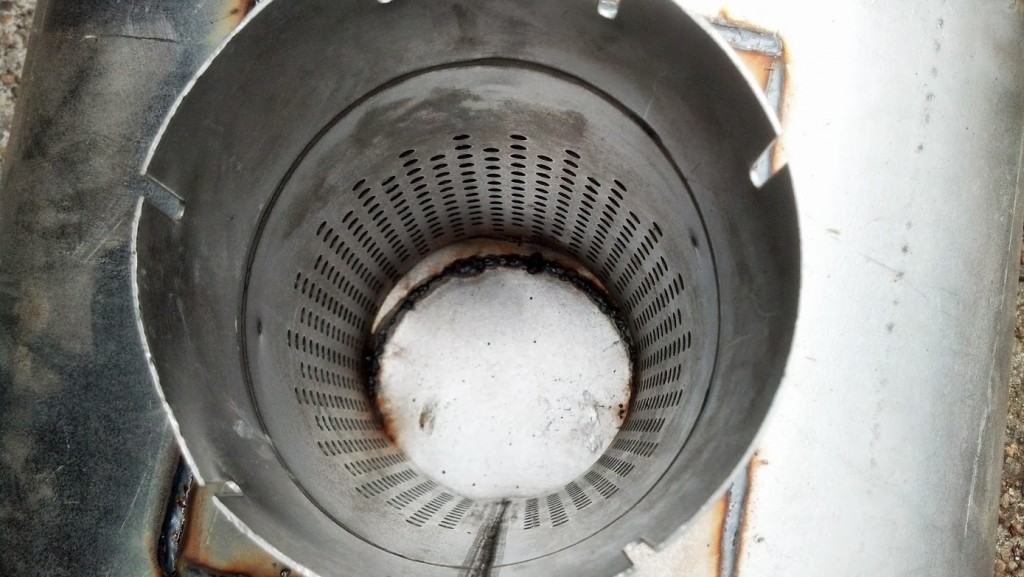 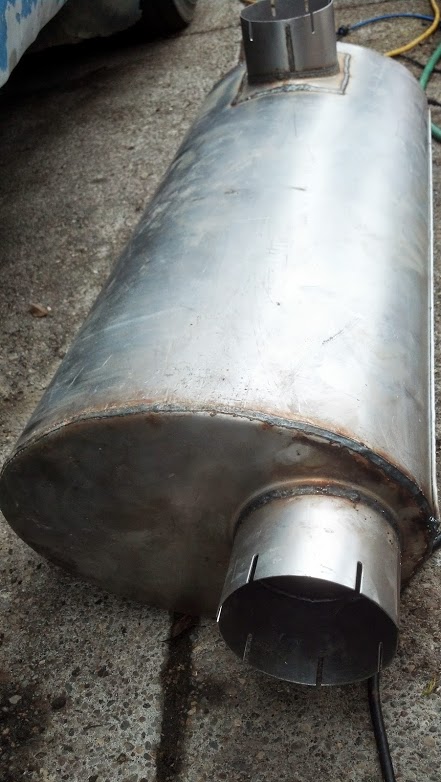 As some may recall, from my last post, the ‘replacement’ transmission for The Ghost ended up being an incorrect ratio (non-ideal) and would require some fancy footwork on the old transmission to make things work.

Well, all that work is now complete and The Ghost is back into operational status! The transmission repair and replacement ended up being a breeze. Using the good overdrive planetary + clutch pack from the ‘new’ transmission to install on the damaged ‘old’ transmission, I ended up with a fully functional (and hopefully happier shifting!) overdrive! The transmission pan (upon inspection) was rather clean and while in there I added a couple 1/4″ washers to the pressure regulator spring stack on the fluid pump to give a little extra pressure in the heat.

The only remaining projects are to cut the hole for the transmission oil cooler in the side door, tidy up a couple little leaks, and do a final hose/bolt check after the NorthWestMogFest shakedown run!

I snapped some photos through the process randomly so enjoy!

Picture of the completed setup: 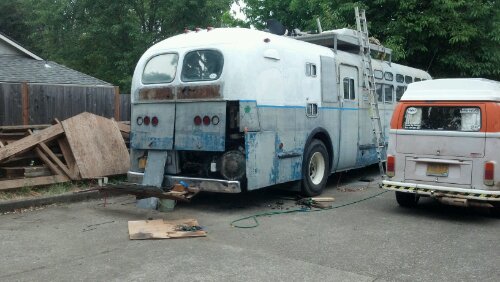 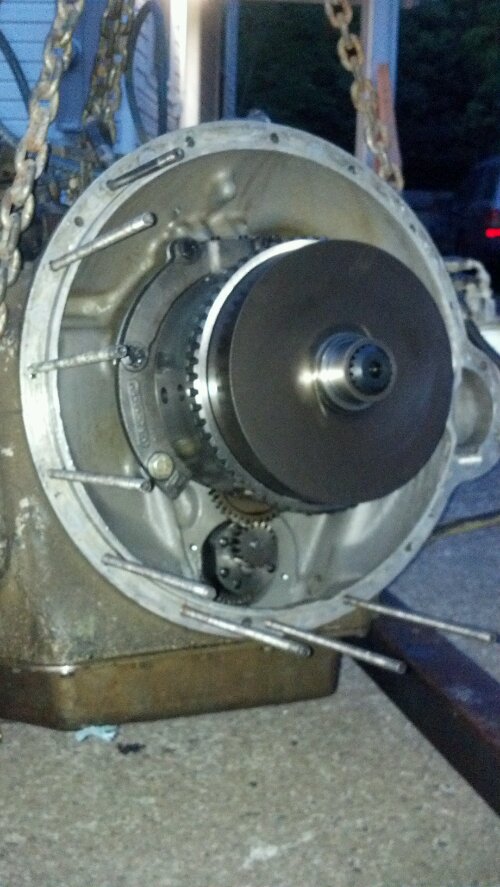 The freshly cleaned flywheel housing with good used bushing installed in the flywheel. This bushing was from the ‘new’ transmission and fit so tightly that I have no issue using it versus machining a new one. 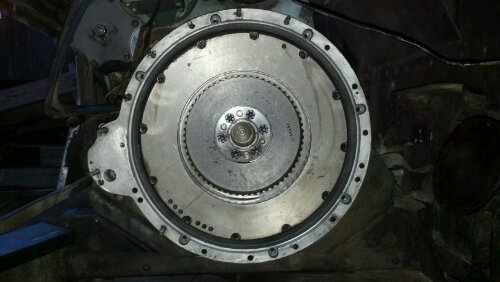 Another photo of the new transmission preparing to be installed: 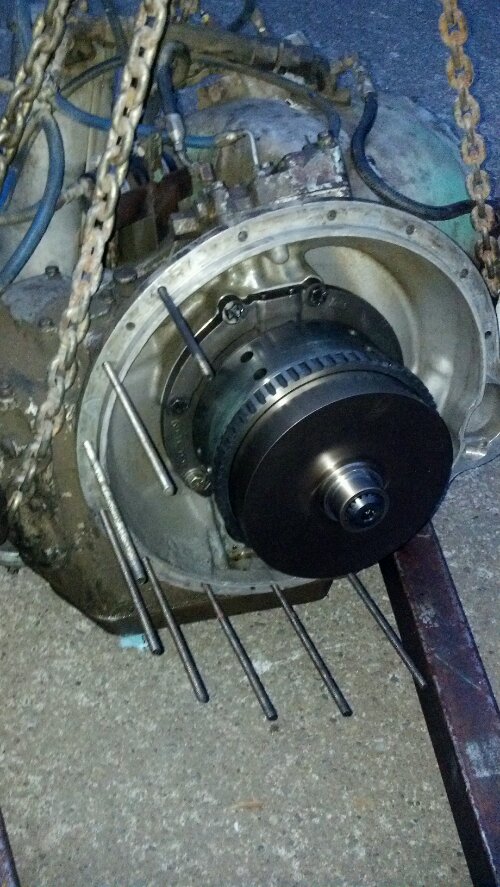 A photo (for documentation) of the required modification (in addition to shaving the ring down for proper end-play) to the spacer ring around the starter area for clearance. 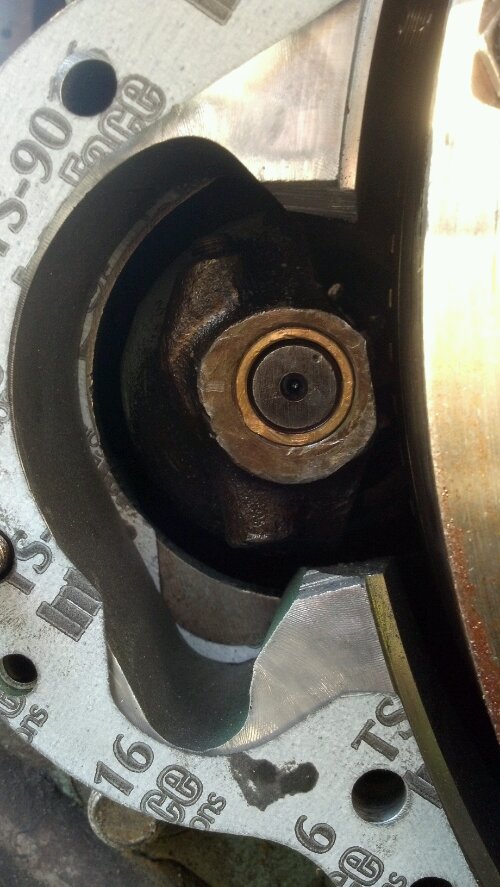 Here’s a photo of the milling bed being set up to shave down the bellhousing spacer (removed 0.230″ from one spacer to properly set the end-play on the splitter O/D gear pack). 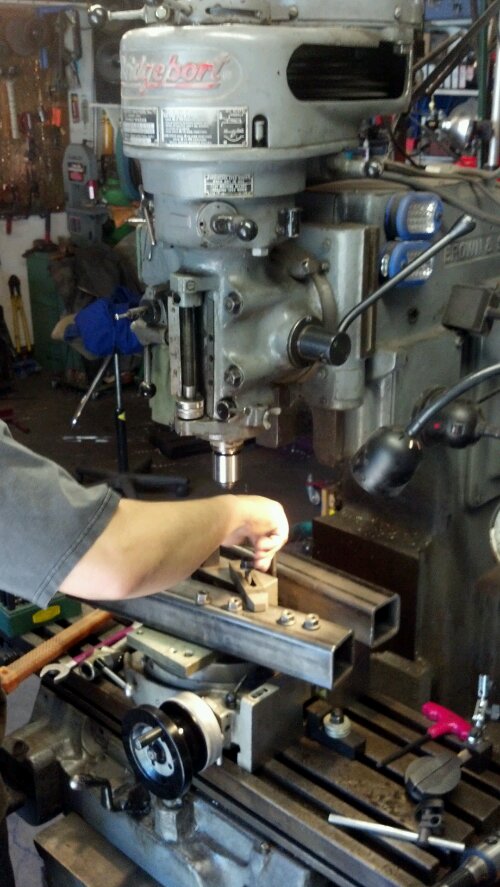 Here’s another photo (thanks Andy!) of me using a cordless drill to run the rotary table around while removing material off the spacer. Worked well! 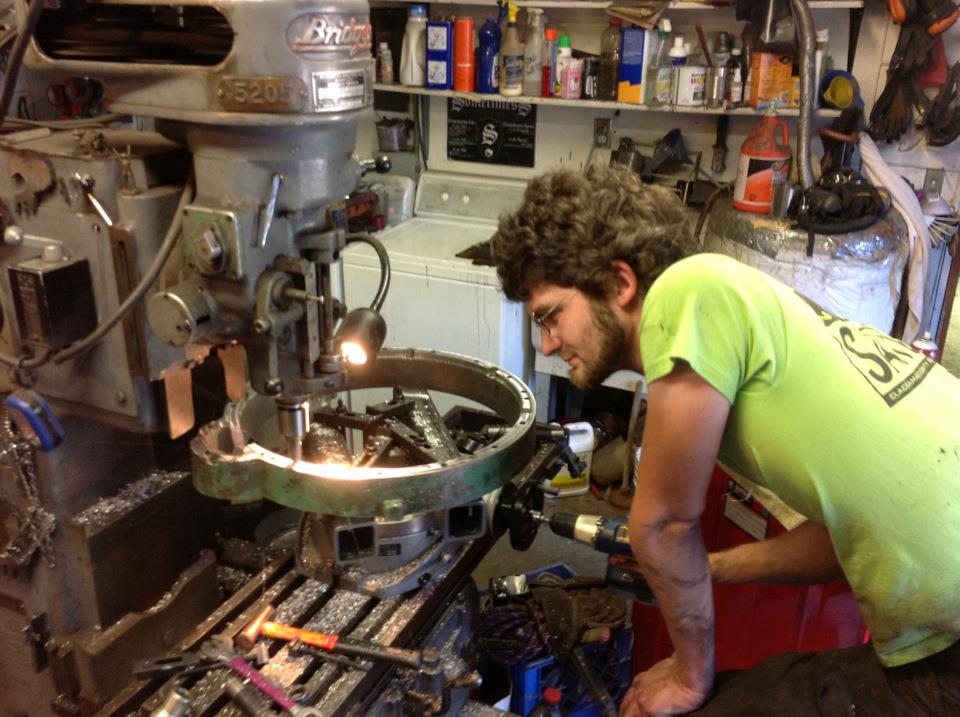 Here’s a photo of the ‘old’ clutch pack and sun gear assembly after removal from the ‘old’ transmission input shaft. You can see the black sun gear in the bottom left. 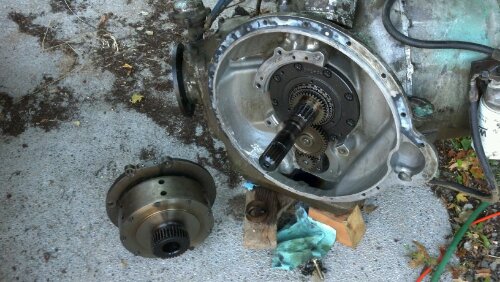 This is what I found (expected) when I removed the transmission. Blown up planetary gears and a damaged sun gear. 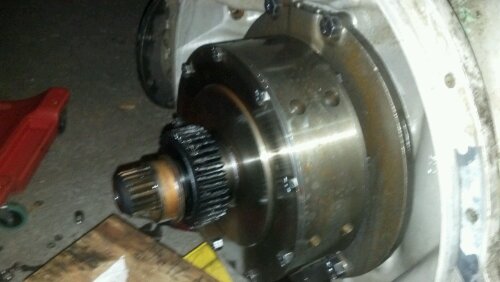 All in all the whole process was made a LOT easier by having a cement driveway, taking my time, and having milling machine access for doing the spacer ring adjustment (thanks again Andy!) Let’s see if we can keep this setup together so I don’t have to repair it for a 3rd time! Getting tired of having to swap transmission parts right before Burning Man 🙂

The new transmission, on the verge of being installed, reared it’s ugly head and showed it’s true nature………it’s the wrong ratio!

It happens to be one of the most rare VS2-8 models…and there’s no way to tell unless you drive the bus or drop the pan. Unfortunately it’s the center bevel gear ratio so it’s not really worth changing on an otherwise good transmission.

So the game plan is to take the good parts (overdrive gears, clutches, oil pump, etc.) and move it into the busted transmission.

Unfortunately it means more work….but we shall prevail!